I was out doing something yesterday and Neil Diamond's song America came on the car radio. For some reason, I found myself a bit weepy. I think what got me was the line "They're comin' to America" which got me. I truly do love America.

The Constitution says we are trying to "form a more perfect Union." They didn't mean America was perfect, nor is it. But we try to be better. Part of trying to be better is to recognize where you're not as good.

Just my thought. This entry was originally posted at https://chris-gerrib.dreamwidth.org/741692.html. Please comment there using OpenID.

There is a proposal floating around the US to forgive all student loans for college. Although attractive, this proposal is wrong-headed. And it's unfortunate for those that have taken on debt for college.

The real problem is not people being in debt to go to college. The real problem is the high cost of college, which is caused by two interrelated factors. First, states used to fund state universities by money appropriated from tax income. Now they mostly fund those universities via tuition. Second, student loans are easy to get and well-funding by the Federal government.

Thus, colleges have no incentive to keep the cost of education low. If they don't get it from the state, the students will pay. The taxpayers who don't have students in school have no incentive to insist on state money going to state universities. Private universities can use the sticker price of their programs as a prestige factor and a way to control admission. The only loser in this is the now-indebted student.

Forgiving student loans is a one-time benefit which will, at best, do nothing to fix the cost of higher education and at worst encourage price inflation. If we'll forgive debt once, maybe we'll do it again.

This entry was originally posted at https://chris-gerrib.dreamwidth.org/727363.html. Please comment there using OpenID.

Found on this site and quoted as truth:

"[The US conservative movement] is made up of anecdotal arguments, so of course they’re going to make a big deal out of Smollett. Most right wing policies cannot be justified using empirical evidence. Thus, they justify their policies based on anecdotes. The evidence is clear that human activity is warming the planet, so they cite cold spells as evidence to the contrary. There is no evidence that we have a border crisis (illegal crossings are down, undocumented immigrants are less likely to commit crimes, etc.), so they use the Angel Moms as a way to drive their preferred policies. There is no evidence that guns make you safer (quite the opposite), so they hype the anecdotal stories where a gun owner prevented a crime. There is no evidence that voter fraud is a big issue, so they hype any anecdote they can find to justify disenfranchising thousands of voters. So naturally, in a society where there is all manner of statistical evidence to show that there are pervasive racial biases throughout (starting with policing), they’ll latch onto this one story to say “see, complaints of racism are made up!”

This entry was originally posted at https://chris-gerrib.dreamwidth.org/719276.html. Please comment there using OpenID.

Since civility, decorum and politeness seem to be on everybody's mind today, herewith are my two cents.

I'm all in favor of civility, decorum and politeness. But that does tend to go both ways. If you're uncivil to me, don't expect me to be civil to you. (I'll certainly *try* to be civil. Just don't be surprised if I'm not.) And calling me a "libtard" or other slurs is uncivil.

Again, I'm in favor of civility. However, calls for civility frequently have the effect of preventing change. Social change, from women getting the vote to the civil rights movement, only happened because people weren't polite.

tl;dr: Civility is nice, but sometimes change requires not being nice.

This entry was originally posted at https://chris-gerrib.dreamwidth.org/699285.html. Please comment there using OpenID.

I was flying back from a business trip to Orlando today, so I didn't see much news. I did note that the GOP, in a squeaker of a vote, repealed Obamacare. I'll just note the hypocrisy of "read the bill" (which they didn't) and "jam through without debate" (ditto) and the complete lack of bipartisan support for this bill (which supposedly made Obamacare bad). I will note that I think the Republicans have shot themselves in the foot, much like the Sad Puppies did with the Hugo affair.

So, in the Sad Puppies affair, a bunch of maximalists jammed through a slate of nominees. Many people (including Yours Truly) came out of the woodwork to put the kibosh on this. Trump and the GOP have jammed through something that will prove to be unpopular and unworkable. People have been coming out of the woodwork against Trump since the day he won the election, and this will continue.

In general, when maximalists gain control of a situation, anti-maximalists come out of the woodwork to oppose them. In the Civil War, when Southerners, upset that the North wouldn't allow them to expand slavery (see South Carolina's declaration of secession), left the Union and tried to take the Navy and coastal forts on the way out, people came out of the woodwork in opposition.

Being a maximalist generates maximal resistance.

This entry was originally posted at http://chris-gerrib.dreamwidth.org/671574.html. Please comment there using OpenID.

Stolen from somebody - I just can't remember whom.

I should point out too that "not mission-critical" is not equivalent to "freeloader we are better off without". Maybe a lot of us can't tell the difference?

(recycled from my Linkedin page):

It's important to understand why a rule exists, so you can decide if it's okay to break it or not.

Case in point: I was out at a local chain restaurant (I won't name it - the name is not important) and eating at the bar as I usually do at that location. Two guys came up and tried to order drinks and the bartender, a long-time and usually very helpful employee, refused them. The manager was called, and after a short discussion the men got their drinks. It turns out that their party had already been given a seat in the restaurant section, and the rules required that they order drinks from their table's waitstaff.

Now, what the bartender (who was upset at getting overruled by the manager) didn't understand was why the rule about order from your server was in place. It was in place simply to prevent people from running a "but Mom said" scam and getting free drinks. (They tell the bartender "put it on the table's tab" and the waiter "I paid at the bar" and the drinks end up on neither tab.)

Now, had the bartender understood why this rule was in place, the fix would be "sure, but you'll have to pay me as you go." As it happens, the men had cash in hand, so that shouldn't have been an issue.

The alternative solution would have been for the rule to be, "if the customer is at a table, anybody else who serves them collects the amount due immediately." Although given that some customers would wonder about that, (they always do) again, explaining why the rule was in place would allow whomever got asked a way to gracefully handle it. ("Sure thing, sir / ma'am, but I can't put it on your tab, you'll have to pay me now.")

The "why" of a rule is as important as the "what" of a rule.

It started raining here in Chicago at midnight, and it just quit half an hour ago. Since I'm trying to squeeze five days of work into four (or possibly three-and-a-half) days, have some links in lieu of content.

1) Violence, A Writer's Guide - a critical resource for any writer.

1) My Best Employee Quit, or "I Am A Clueless Boss." Loyalty is a two-way street.

It’s always better to practice on a fake hand grenade than a live one.

Interesting Article with a Cool Picture 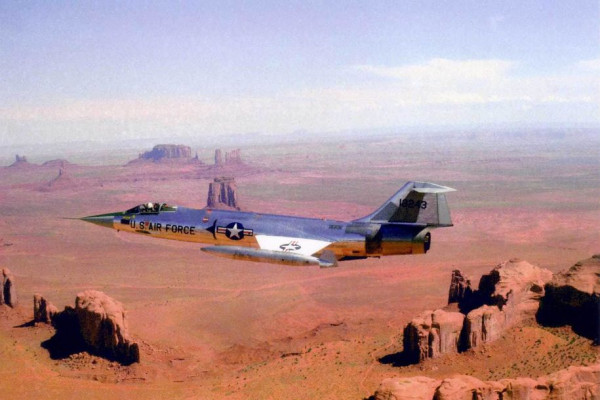 Retired US Army Colonel Tom Kratman is writing a column for Everyjoe.com. Although I don't agree with Kratman's politics, he does have a wealth of knowledge on things military (mostly Army) and has written a number of insightful articles. I found especially interesting his various articles on training and the failures of the US Army to do so effectively. This led to two profound thoughts.

Now, for the Army at least, and to a lesser extent the Air Force and Marines, the past decade or so of war has changed that equation somewhat. To paraphrase Churchill, nothing kicks the cobwebs out of training like getting shot at for real. Having said that, Profound Thought #2 kicks in.

As I've mentioned before, this century is rhyming with the 19th. One of the ways that's happening is our military. Much like the Victorian British Army, we're not actually fighting anybody who is a serious military threat. They can be local problems, and some of them (Afghanistan) are the same enemies, but there is no way in hell an Afghan army is ever going to take Washington DC. This leads to a situation where, to some extent, we don't take our enemies seriously.

In 1854, this led to the Charge of the Light Brigade, a military fuck-up of epic proportions, which instead of getting generals shot became a famous poem. In 2015, this leads to a reliance on drones that couldn't fight off a determined cropduster controlled from lightly-secured office buildings. This isn't a good thing - it's just a thing.

* There's actually significant evidence to suggest that at least in Poland this didn't actually happen.
Collapse