Various thoughts on a Monday.

I was with my Rotary club working both the National Night Out event and a festival in Darien. I was struck by some of the outfits people wore to the various events.

Via my LinkedIn feed, I found this site: Google Project Sunroof. It allows you to put in your street address and get an estimate of whether or not solar power panels on your roof would save you money or not. For my address, the savings were substantial. I don't know how they were calculated so I don't know how accurate they were. I pass the link on for entertainment value.

Last week, ICE raided seven plants in Mississippi to arrest ~700 illegal immigrants. None of the managers were arrested. It is clear to me that ICE is being used to do what American businesses have done since the Revolution, namely keep wages low by bringing in new immigrants whenever the old immigrants start demanding a fair deal. The swamp is not being drained.

This entry was originally posted at https://chris-gerrib.dreamwidth.org/730375.html. Please comment there using OpenID.

We won at trivia last night, and ate for free, enjoying the fruits of our previous victories. Herewith have some links to celebrate. (Yeah, you get the party you paid for.)

A) Jim C. Hines discusses The Politics of Comfort. Jim's point is that most if not all writing has a political content. The money quote:When Ann Leckie chose to write about a protagonist from a genderless society in Ancillary Justice, that was a political choice. So was Jim Butcher’s choice to write Harry Dresden as a straight white male. Neither of those choices is automatically Right or Wrong.

C) The folks at a site called The Truth About Guns re-enacted the Charlie Hebdo shooting (which has a lot of tactical similarities to a "standard" workplace shooting) and found that one armed bystander was not enough to stop the killing.

D) My open letter to James Fallows was published on his site.

E) Apparently, anti-environmentalists argue that, just like when we ran out of whale oil, when we run out of regular oil we'll switch seamlessly to something else. The actual history of the event begs to differ.

With my grandmother's illness and death, I've made several trips to Central Illinois over the past few weeks. The drive there and back is not especially scenic, consisting mostly of corn and soybean fields. In order to at least look at different fields, I've varied my trips to include taking Illinois 49 for part of the way.

Illinois 49 runs through western Vermilion County, passing through the not-even-a-wide-spot-on-the-road town of Hope, south of Rankin. Hope is at the southern end of the California Ridge Wind Farm, a 200 megawatt collection of giant wind turbines. (For those not of Central Illinois, the "ridge" in question is really just a gentle swelling of land maybe 100 feet above the plain.)

I personally find the wind turbines pretty, and visually soothing. At least some of the locals don't, and several homes sprout signs of varying degrees of professionalism advertising FairWindEnergy.org, a web site detailing the problems of living near a wind turbine. This site seems to want the turbines to be sited farther away from houses, claiming evils from ice chunks flung from turbine blades (possible, I guess) to infrasonic harm to humans (???).

Now, having driven through the area, it's as close as Central Illinois gets to being uninhabited. Nor do any of the turbines look especially close to one of the handful of houses, and my understanding is that the actual property owners are renting out the land that the turbines sit on. But then I don't have a dog in this fight - I just drive through the area.

The whole concept is proof that no matter what one wants to do, somebody else will object to it.

baron_waste I get this article which claims that solar panels could destroy US utilities. Basically, the argument is:

1) Solar panels will eliminate peak load requirements - the most expensive electrical power.
2) People will convert to battery systems, providing 24/7 off-grid power, much like they ditched land telephone lines.
3) This reduction in demand will result in higher prices for the non-converting customer, forcing us to convert or demand that regulated utilities reduce prices.

To which I say, most politely, bullshit. Here's why:

First, unlike telephone lines, solar power requires construction and will always be a capital project for the average homeowner. Second, the battery technology needed to go off-grid remains way too pricey for all but the way-out-in-the-wilderness crowd, and there's no indication that will change soon. But even if it does, re-engineering the average US house will take time and money, resulting in a long and slow adoption curve. Also, somebody's got to maintain those systems, so there's a market for service contracts.

Lastly, not every building can generate enough solar power to meet their needs. There's only so much roof area a building has, and many buildings (most commercial buildings, high-rises) consume more power than they could generate. Not only that, but as more Americans drive battery-powered cars like the Chevy Volt, electrical power demand will go up, especially at night, as those cars are recharged.

In short, utilities will have plenty of time to adapt and plenty of customers to serve.

1) An interesting take on how men and women can (and do) view the same event through different lenses.

2) This guy seems to think that humanity can't live without Earth dirt. Not sure how much dirt Eskimos are exposed to, but the bottom line is we'll only know for sure by trying to live in space.

3) Small modular nuclear reactors are going from paper to steel in Tennessee.

1) John J. Lumpkin's eagerly-awaited (by me, at least) second book, The Desert of Stars, is now available on Amazon. 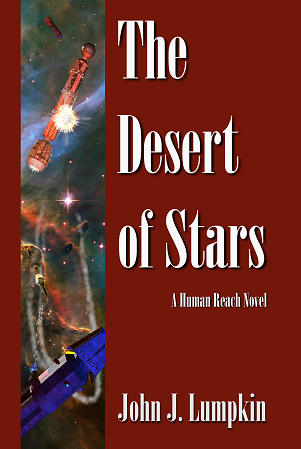 2) Some German engineers have created a free-piston engine. Its immediate use would be to generate electricity for extending the range of electric cars.

3) Sometimes the best truths come from humorists. Today's example from Cracked.com - 5 Ways Statistics Are Used to Lie to You Every Day. Well worth the read.

Thanksgiving dinner this year will probably be at Central DuPage Hotel Hospital, and I'll be the help desk at work Friday. All of that means Link Salad today! (Yeah, I know there's a few logical inconsistencies there, just go with it.)

1) No, Rand, there is no 'ban' on incandescent light bulbs.

2) The Federal deficit is falling at the fastest rate since the end of WWII. Ending a war (Iraq) and holding Medicare costs down will do that.

3) Presented without comment: Kior this month will begin shipping biofuel from its first “commercial-scale” facility, a significant step for the long-delayed advanced biofuels industry.

jaylake I get this: artificial leaf is 10 times as efficient as nature. The article makes a radical claim: the chip [the size of a deck of cards] could produce enough electricity to power a house in a developing country for an entire day. Since the device works by generating hydrogen, it would allow the power to be stored for night-time use.

Obviously, the average house of the developing world uses less electricity than your house or mine, but still, this is a radical improvement. This device, if the claim is true, could make solar power even more competitive.

Pirates in Somalia remain problematic - the Dutch amphibious ship HNLMS Rotterdam recently shot up a pirate mother ship (pictures at the link). Why the pirates elected to fire on a 12,000 ton warship with AK-47s is beyond me. They lost the election.

I'm working, and the links just keep piling up, so:

A) A sentimental link for space geeks The day Robert Goddard dreamed of taking a rocket to Mars.

B) An interesting article on how the Republic of Venice managed to self destruct and interesting parallels with the current United States of America.

C) I've long thought that deep underground mining will be something done only by remotely-controlled machines. This article suggests letting bacteria do the digging.

D) There's a theory floating about that modern man's increase in allergies is due to our being too effective at killing microbes. This article talks about a man who put that theory to the test.

A) The title says it all: How I Lost My Fear of Universal Health Care.

B) What's really killing the US coal industry: cheap natural gas. Gas turbine plants burning natural gas are cleaner, cheaper to run and at the moment natural gas is cheaper per megawatt produced than coal.

C) This post has some interesting political observations, but why I link to it is for this: One thing I'd like to be clear about is that Mike Huckabee has always struck me as a pretty good example of why "Someone I'd like to have a beer with" is a pretty lousy criteria for picking a national leader: Huckabee has always seemed to me like the kind of guy who would be a great, slightly wacky neighbor, the kind of guy who throws great cookouts and can be trusted to check your mail or water your plants but not somebody you'd vote for.

D) An interesting opinion: Syria's army is on the way out, unable to operate due to IEDs.
Collapse