On Saturday, I went to my local eat-and-drink movie house to watch the new SF flick Ad Astra. I have opinions.

1) I found the movie a bit ponderous. Some of that is characteristic of the plot, which is basically Heart of Darkness as interpreted by Apocalypse Now. Some of that is just because it's ponderous.
2) The spaceflight sequences are very much anti-2001, with tech that looks almost retro.
3) Much of the science is wonky.
4) You'd better like Brad Pitt - he is in every scene. Everybody else is a third banana or worse.
5) The visuals are stunning.
6) I found the ending a bit hokey.

Having said all of that, I did enjoy the movie, but overall I'd rate it a B.

This entry was originally posted at https://chris-gerrib.dreamwidth.org/731508.html. Please comment there using OpenID.

No, I'm not obsessed with Mars. I can stop thinking about the Red Planet any time I want to. (Clears throat.) Since that day hasn't come yet, I'd like to talk about this article How Will Police Solve Murders on Mars?

I found a lot of the article spot-on, but there was a big red (orange?) flag for me. The author said that Martian police won't have guns because the risk of shooting holes in their station is too high. Er, not really.

First, there are such things as frangible bullets. These are projectiles made from compressed copper powder. When they strike something harder then them (like metal) they break into tiny pieces. They are still lethal, just not as likely to penetrate.

Second, let's think about a bullet hole. A big bullet hole from a large-caliber handgun is less than half-an-inch in diameter. Even for a small pressure vessel, it's going to take a while for enough air to leak out to cause a problem. Also, pressure vessels, especially those on the ground where weight isn't as big of an issue, can be (and probably would be) made self-sealable. After all, it would really suck if an errant screwdriver could depressurize your hab.

Finally, let's think about what you need for your hypothetical Mars habitat. Mars has much higher levels of surface radiation and very extreme temperatures. As it happens, the best way to protect yourself from both is with dirt. Basically, pile some dirt on top of the hab and it will insulate you from both radiation and temperature. Said dirt will also absorb bullets and minimize if not stop leakage.

Now, to be fair, your typical hab will probably have a lot of stuff in it that doesn't react well to bullets. But depressurization is probably low on the list of problems with going all O.K. Corral on Mars.

This entry was originally posted at https://chris-gerrib.dreamwidth.org/710884.html. Please comment there using OpenID.

On this date in 1964, the Ranger 7 spacecraft was the first US vehicle to transmit pictures of the lunar surface to the Earth. The vehicle was also the first fully-successful Ranger mission. Equipped solely with cameras, transmission gear and whatever was needed to support them, Ranger 7's 69 hour mission ended when the vehicle deliberately crashed on the lunar surface, crashing between Mare Nubium and Oceanus Procellarum. This area was later named Mare Cognitum.

According to Wikipedia, "Ranger 7 is credited for beginning the "peanut" tradition at NASA command stations. On the success of Ranger 7, someone in the control room was noticed eating peanuts – surely the reason the mission was successful. Since 1964 control rooms ceremonially open a container of peanuts for luck and tradition."

This entry was originally posted at https://chris-gerrib.dreamwidth.org/703385.html. Please comment there using OpenID.

I’ve periodically written about space colonization. (No, I am not obsessed about space. I can quit thinking about it any time I want to.) While doing that highly-important task of dinking around on the Internet, I came across this Twitter thread.

The author, Dr. Sarah Taber, is an expert in agriculture, and does a lot of work in support of greenhouses and other agricultural endeavors. She was talking to somebody about how a vegetarian diet is more sustainable for the Earth. Perhaps surprisingly, she’s not in support of that. Some key points she makes:

2) Many of the early human societies that didn’t eat a lot of meat (The Ganges valley, ancient Egypt, China, much of early Europe) had two things in common:
a. Lots of rain
b. Hierarchical societies that could enforce a low-meat diet

3) Humans can only eat a relatively small part of a plant. We need seeds and soft leaves. As she says, “we eat straw, we’ll poop straw” without getting any nourishment from it.

4) Large parts of the world, to include the current lettuce capital of the USA, Arizona, naturally only support “scrub plants.” We can’t eat them, and the only way to get what we can eat to grow there is to irrigate the hell out of the place.

5) Cows and other animals with multiple stomachs can, on the other hand, eat these plants just fine. All you need for cows is drinking water.

Then the good doctor does the math. 10 cows could graze on 73 acres of land and consume about 67,000 gallons of water a year. To get food crops out of the same chunk of land, you’d need 79 MILLION gallons of water. Now, it’s true that you can feed more people on 73 acres of crops then you can on 10 cows, but only if you’ve got the water. So, in dry areas, it makes sense to let cows graze, and in wet areas one grows crops.

Now, let’s tie this to space. It’s traditional to assume that space colonists will eat only plants. But water is heavy, and even the best recycling system will have some losses. I suspect, therefore, that at some scale of agriculture it would not make sense to grow plants for protein. It would be better to raise animals – especially animals that can eat the stalks and shoots of plants we can’t.

This entry was originally posted at https://chris-gerrib.dreamwidth.org/697516.html. Please comment there using OpenID.

I've been busy, so have some links:

1) I'm still giving away free e-copies of my book The Night Watch.

2) You can read an interview of me.

3) An interesting article: Why Nothing Works Anymore. Best opening line: "“No… it’s a magic potty,” my daughter used to lament, age 3 or so, before refusing to use a public restroom stall with an automatic-flush toilet."

4) VOICE
America’s military doesn’t need more money — what it needs is an engaged public to demand a genuine strategy.

5) Among other things: Mars Needs Lawyers.

Comes news today that SpaceX just successfully recovered their first stage, making them the second entity to fly a reusable spaceship to orbit. (NASA's Shuttle was the first, of course.) This event is critical, in that if we are ever to have colonies in space, the cost of getting to orbit has to go down. The only way that happens is if we stop throwing away the spaceship after one mission.

B) A fun and quick story by a friend of mine.

C) I've not read the report yet, but NASA's plan to go to Mars.

D) Franklin Delano Roosevelt wrote a constitution for Haiti. The locals weren't fond of it. 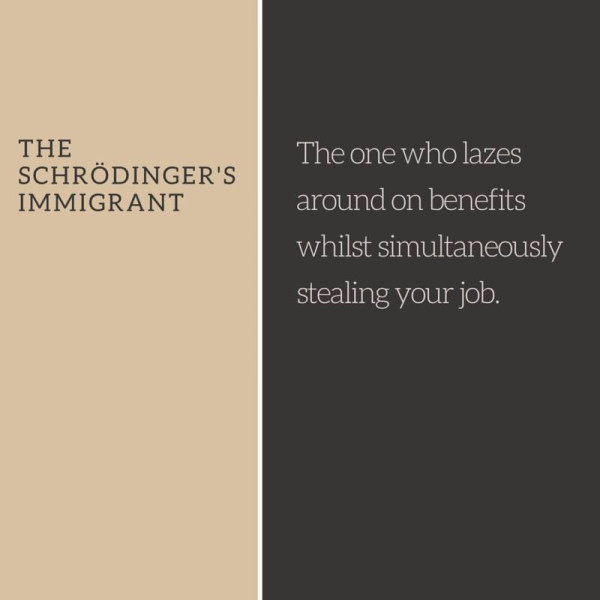 Been saving this up...

A) An interesting thought on police misconduct. The author compares fear of police as equivalent to the fear of terrorism. Both are random events that could happen to anybody anywhere, where as other forms of violence can in theory be avoided.

B) What do you eat in Antarctica? The hot dog soup actually looks pretty good, but then one does not get to be my size by being a picky eater.

C) The title says it all Yes, Virginia, people of color do fucking read SF/F.

D) Speaking of science fiction, an interesting anthology having a Kickstarter.

E) Here's a video on the cause of the Civil War:

Was the Civil War About Slavery?

New Video! "Was the Civil War About Slavery?"What caused the Civil War? Did the North care about abolishing slavery? Did the South secede because of slavery? Or was it about something else entirely...perhaps states' rights? Col. Ty Seidule, history professor at the U.S. Military Academy at West Point, settles the debate once and for all.For more information on the Civil War, check out The West Point History of the Civil War, an interactive e-book that brings the Civil War to life in a way that's never been done. Click here -> https://shop.westpointhistoryofwarfare.com/products/copy-of-the-west-point-history-of-the-civil-war.

A) On the space front, growing food in shipping containers is exactly the kind of tech we'll need to settle in space.

B) Disordered thinking, or, thinking that Muslims have taken over a number of cities including Dearborn, MI and established "no go zones" wherein Sharia law is practiced, why does nobody check if perhaps his collar is a bit too tight? As the author says, it's an easily-disproved delusion, of the type that used to get people locked in padded rooms.

C) An interesting parable about democracy in action.

D) The current director of the FBI requires all new hires to visit the Holocaust Museum. Here's why.

E) Six myths you believe about the founding of America.

The title of today's post comes from a comment at this post. The short version is Somebody On The Internet Is Upset, this time over a black female pirate in fiction. Well, despite the fact that one such person really existed, the discussion has proceeded along the usual lines. Moving on to the links:

A) La Maupin, a 17th-Century opera singer, swordswoman (fought and won multiple duels) and bisexual (joined a nunnery to get into a nun's knickers). The things you learn on the Internet...

B) Something I really hope is a gag - a handheld flamethrower.

C) A theory on the cause of nearsightedness: not enough outside light. If true, it suggests Martians and other out-planet colonists might all be nearsighted.

E) A picture is worth a thousand words: 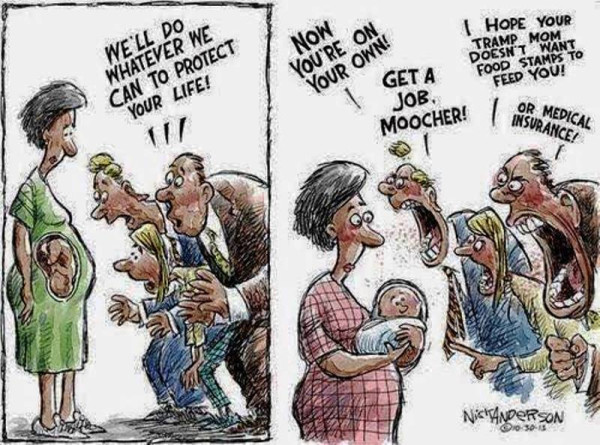